We love our apple a day and we are always trying new ways to include it in our daily meals. Thus, we invite you to try this delicious leek gratin with apple and croutons.

Preparation:
Preheat oven to 180°C (355°F). Clean and wash the leeks and cut into rings. Wash, core and slice the apple. Cut the feta into small cubes. Sauté the diced onion in oil, add the leek and some water, gently cook for about 3 minutes, stirring regularly. Add the chopped apple and season to taste. Layer everything into an ovenproof dish and sprinkle with feta. Place in a preheated oven and bake on the middle shelf for about 25-30 minutes until it has a golden brown crust. Toast the rye bread, spread with garlic oil, season with Garam Masala and cut into small cubes. Shortly before serving, spread the bread over the casserole and place briefly in the oven to warm through. Enjoy!

Yesterday we introduced you to the nutritional wealth of daikon radish. Today we have an easy recipe to share. Ham roll-ups with apple and radish.

Preparation:
Place the ham slices on a plate and season lightly with salt and pepper. Wash and grate the radish. Wash and dry the apple, core and coarsely grate. Cover each ham slice with the grated radish and apple, roll up firmly.

That’s it! Simple and delicious! Enjoy!

It’s Christmas time and you want to have a something sweet at the end of your meal. What should you have??? How about trying this delicious, simple apple, vanilla and sesame dessert.

Preparation:
Cut the apple into slices.
Heat coconut oil in a pan, add apple slices and add in the vanilla. Sauté the apple slices until soft and have a lovely golden brown color. Sprinkle sesame seeds on top and serve.

European colonists first bought apples to North America during the 17th century. There are more than 7,500 varieties grown worldwide.
While apples are delicious and full of nutrients, they can also cause allergic reactions in some people. Just minutes after consumption you will begin to notice tingling, swelling, and itching in the mouth, lips, and throat; shortness of breath; and diarrhea, stomach discomfort and cramps.
An apple allergy is often occurs when an apple’s polyphenol levels are too low. Polyphenols are a type of antioxidant found in plants that combine with the allergy-triggering proteins in the apple, and this makes the apple much more tolerable for consumption. Polyphenols also help combat free radicals. Types of polyphenols in apples include quercetin, chlorogenic acid, catechin, and phlorizin
Old apple varieties often contain significantly more polyphenols than the newer varieties. Polyphenols give apples a sour taste and become brown quickly when you cut them are bite into them. As a result, these characteristics, along with the polyphenols were taken out of the newer varieties. Now, the newer varieties of apple are sweeter and fail to brown as quickly; however, they also trigger allergic reaction much faster.

Note: Most proteins are found in the flesh of the apple skin and change when heated. As a result, those with an apple allergy should peel and boil the apple before consumption. For instance, apple sauce is mostly considered allergen-free.

Instead, choose the older variety of apple. In addition to important vitamins, mineral, and polyphenols, the older varieties contain more fiber, including pectin and cellulose. During digestion, these fibers bind to heavy metals, cholesterol, and other waste products, and excrete them from the body. Another benefit of older apple varieties is they contain more vitamin C than the newer varieties. At the same time, imported older apples have less vitamin C than older varieties from a local orchard. Food loses its nutritional value the longer it has to travel.

Picture by pasja1000 from pixabay

Meal prep and clean eating are easy with your Metabolic Balance plan. Simply pack your daily power lunch box with vegetables from your plan and one portion of protein. Plus an apple of course! Ready – Steady – Go! 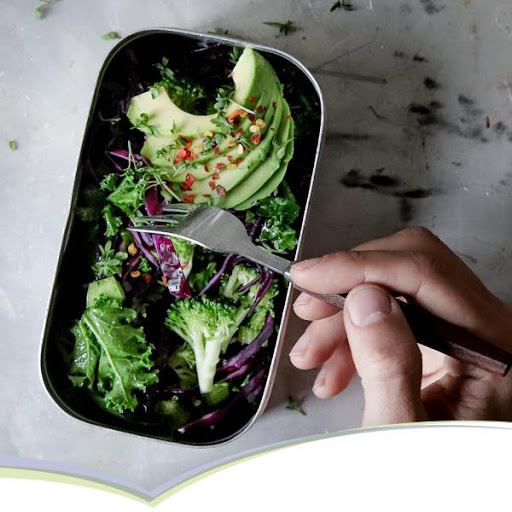 Did you know that an apple contains more than a million bacteria? Say … what?

This was recently discovered by scientists at the Graz University of Technology in Austria. The researchers found that eating apples is not only healthy for us because of the abundance of enzymes, vitamins, minerals, phytonutrients and other wonderful plant substances. We also get a great health boost to our gut flora from the different, beneficial bacteria found in an apple. Good bacteria is especially found in the core, the seeds and the pulp – less so on the peel, as one might think. In a recent study, it was also investigated whether there is a difference between apples from conventional cultivation and organic apples. The result was clear: The organic apples had much more diverse bacterial communities. In the case of organic apples, the pulp in particular showed the highest microbial diversity. The basic role of the pulp is to protect the seeds in the core and to enable their distribution for the successful propagation of the apple tree. A possible outcome of this study suggested it could be that the bacterial diversity in organic apples is similar to the effects of apple polyphenols on human health. Apple polyphenols are known not only to relieve allergic symptoms, but also to promote the growth of good bacteria such as lactobacillus and bifidobacterium in our digestive tract. 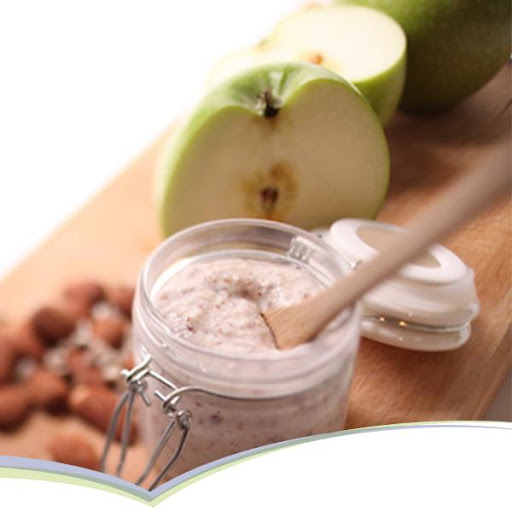 One of our rules is “eat an apple a day”. It is not necessary to just eat the apple by itself or as a dessert. It also adds flavor in savory dishes. For example, try it in this delicious roast beef broccoli pan.

Clean and wash broccoli and divide into florets. Bring to the boil in a saucepan about 2 cups of salted water. Add the florets and cook covered for about eight minutes. Drain in a sieve.
Remove the seeds from the apple, cut into eighths and chop finely. Cut the roast beef into wide strips of 1 cm (1/2″) and add to the pan, with the broccoli and apple. Season with salt and pepper and fry for two minutes.
Arrange everything on the bread and enjoy!

Metabolic Balance®, an all-natural nutrition program, was founded by Dr. Wolf Funfack in 2001. We test 34 blood values and create a personal nutrition plan. The plans are based on 25 years of medical research. We believe in good fats and wholesome proteins, while limiting carbs and avoiding sugar. Healthy eating, recipes, events, tips & tricks, and some medical stuff - that's what's discussed here. Join us!